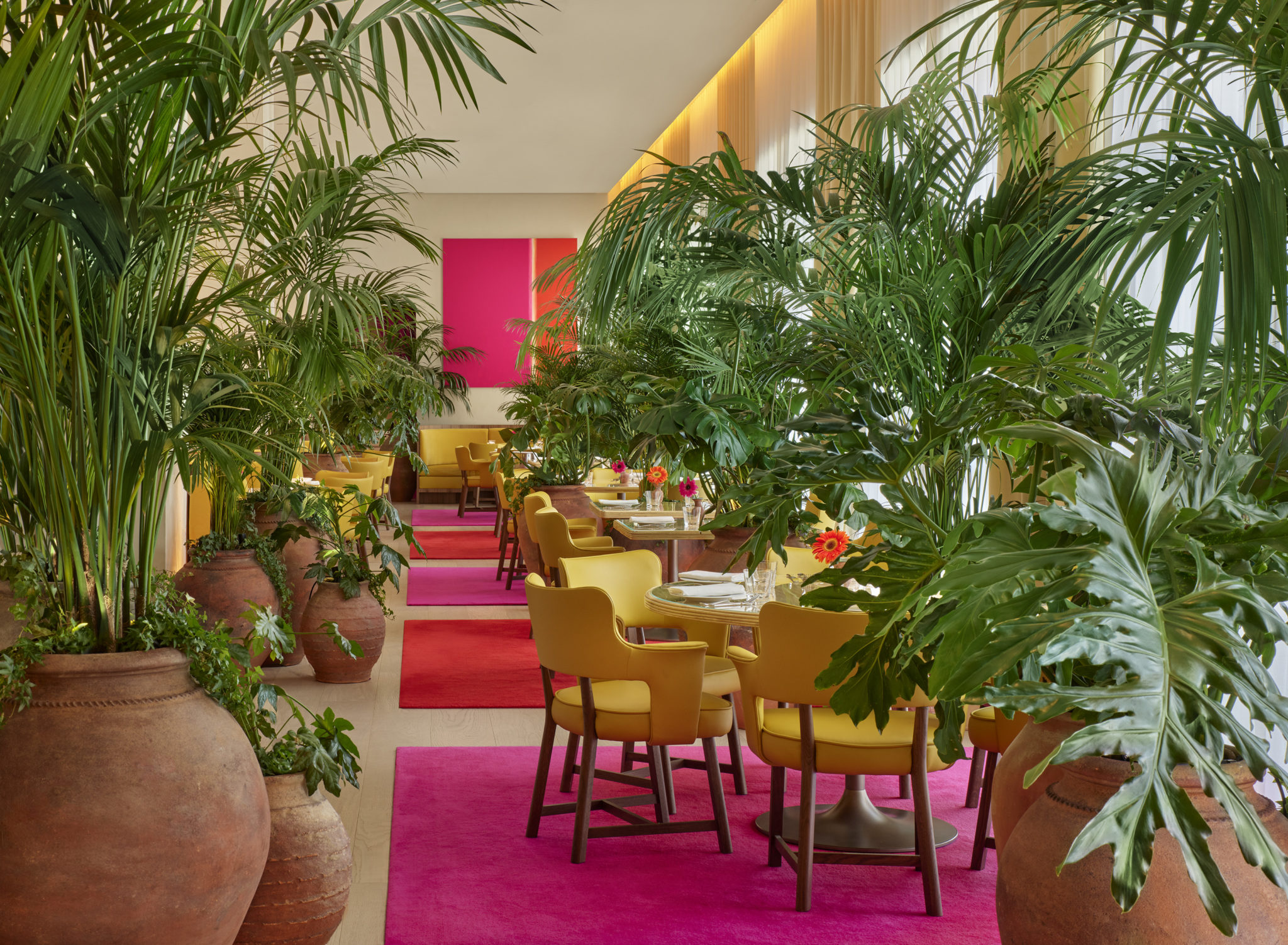 Located just off the plaza and with its own entrance via the embellished baroque portal, Jerónimo offers global cuisine heavily influenced by Mexico’s ancient culinary roots and is spearheaded by Enrique Olvera, Santiago Pérez and their exceptional team, the talent behind a collection of restaurants including Mexico City’s Pujol, Cosme in New York and Damian in Los Angeles. The namesake of Spanish painter and engraver Jerónimo Antonio Gil, founder, and Director of the Academia de San Carlos in Mexico City echoes the strong cultural links between Spain and Mexico that this concept encapsulates.

The restaurant itself is a multilayered space with an explosion of colours featuring four distinct areas that seamlessly blend in with each other to create a totally holistic experience, with a double-height elegant dining room distinguished by carved dark oak wall panels, which take their cues from the ornate detailing of the baroque portal outside, and two striking alabaster and plaster pendant lights by designer Emmanuel Level Stenne, reminiscent of the heavens and otherworldly celestial planets. This leads down to the lounge area which is anchored by a long green marble bar and simple white oak floors featuring original art and elements bathed in saturated luminescent Yves Klein inspired blues. This then flows into a more casual light-filled space, dressed with limestone floors, black and white marble tables and a background of Luis Barragán inspired hot pink, bold magenta and bright orange colours with lots of greenery.

External: Go to the map location via Google Maps

Close
Thank you for signing up.

Please check your inbox to confirm your subscription.

You are using an outdated browser.

To get the best possible experience using our website we recommend that you upgrade to a newer version of Internet Explorer or other web browser such as Google Chrome or Mozilla Firefox.